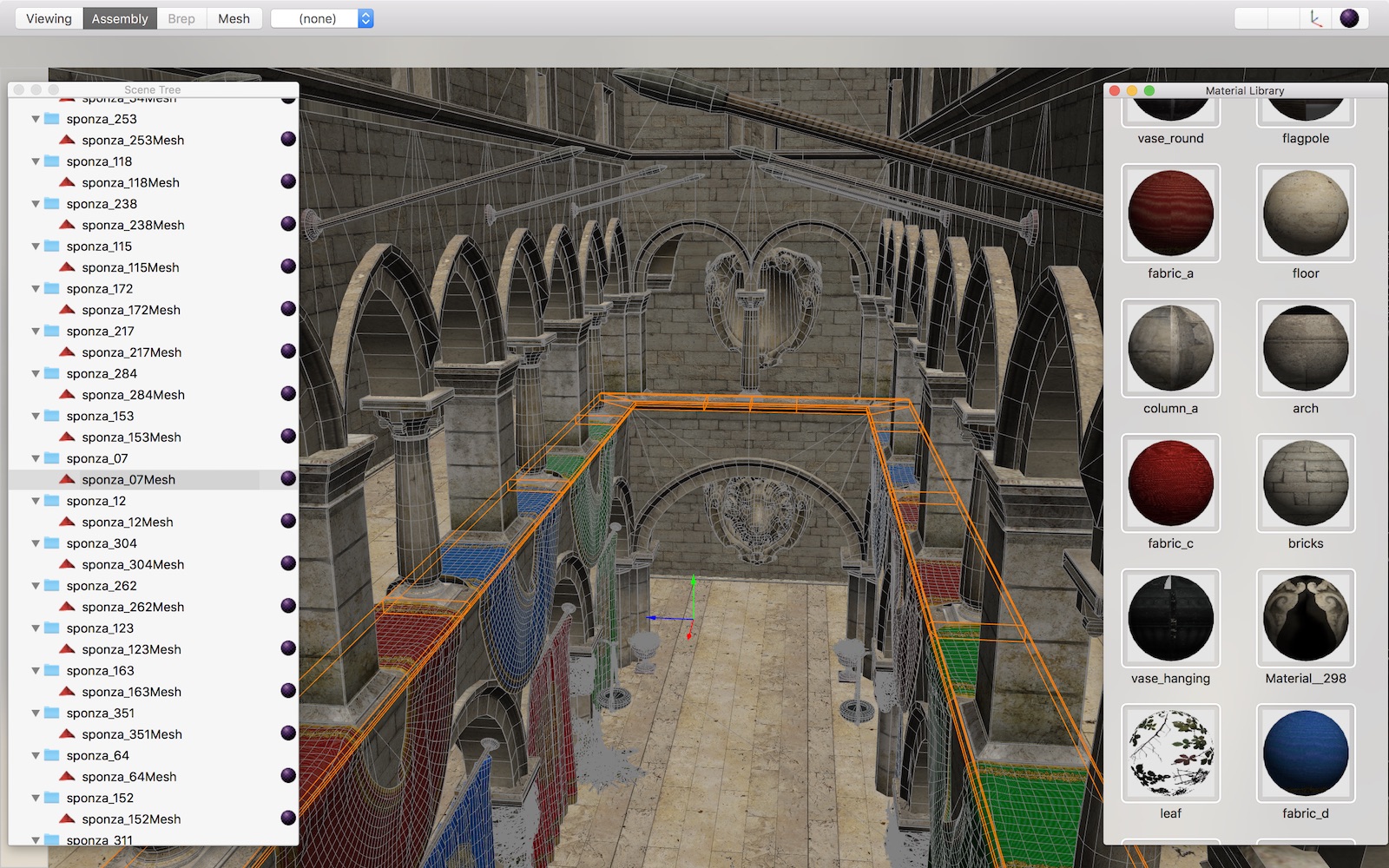 I haven’t written any updates on Shapeflow itself in a while. The problem with developing a framework instead of just an application is that one often has a long stretch where no real progress is visible in the user interface. But rest assured, I’m still working on it!

The last couple of weeks have focused mainly on API-design refactoring and fixing a number of bugs/shortcomings in the existing functionality. So while the app hasn’t made much progress from a user perspective, it has made a lot of it from an implementation standpoint.

I also wrote a small tool to make it easier to author surroundings which I call EnvFlow. It allows building new surrounding with simple drag & drop, blur/resample the cube maps, calculate irradiance maps and then save the result as an XML file which Shapeflow can read.

Work currently happens on two fronts: I’m beginning to implement the basic operations (such as extrude face, split edge, etc) in the new operations-system and designing the macOS UI to support them. I’m looking forward to finally being able to edit mesh vertices and B-Rep trim curves instead of just being able to edit whole shapes.

The other front is making an existing scene look great. So creating some nice pre-packaged MatCaps, surroundings and lighting setups, being able to do material assignments and so on. Probably have to design a custom icon set soon as well, the placeholder icons in the screenshot do look pretty out of place … it really is the case of a ton of cool tech hiding under an ugly interface!