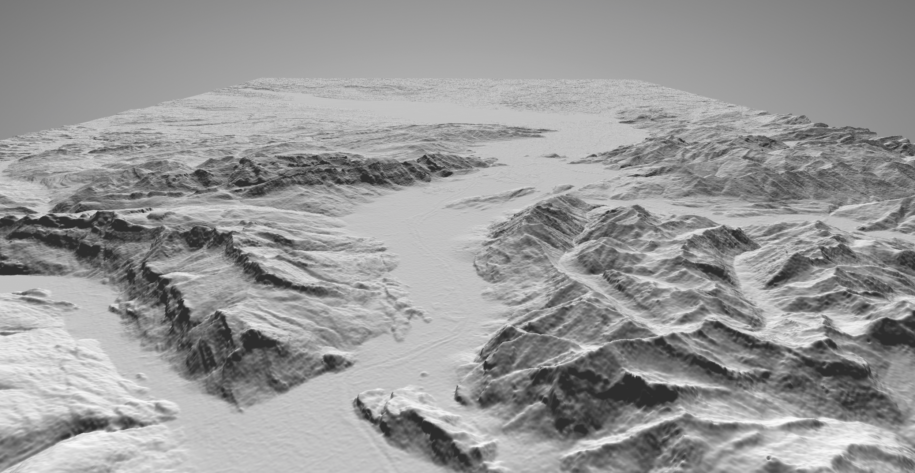 I’ve been looking into free digital elevation models (DEM) and the source most mentioned is NASA’s Shuttle Radar Topography Mission (SRTM). The resolution is roughly a data point every 30 meters which would have been fine for what I wanted to use it for. However, the vertical accuracy is not. Numbers vary depending on the source one reads, but most numbers are in the range of +/- 8-16m! The second problem is that as a DEM, it does not capture the earth’s surface but includes buildings, trees and so forth. So while it produces nice pictures for mountainous areas, the noise renders usage for rather flat areas (such as the city of Hamburg, Germany) impossible.

I won’t be able to use the data. But it produced some nice pictures and allowed me to optimize the Shapeflow code for large meshes (each 1 by 1 degree slice is 13mil quads).