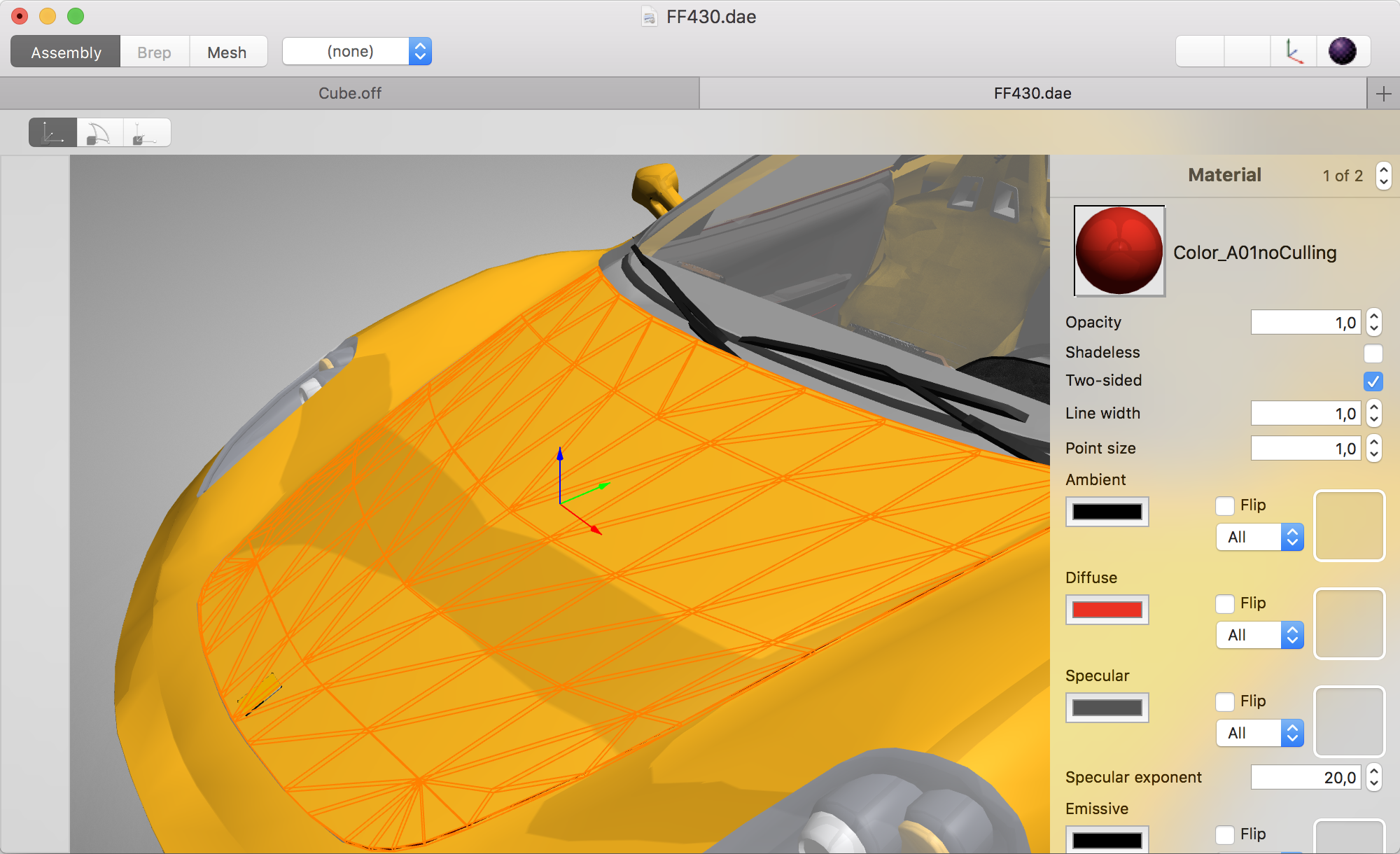 This one belongs to the chapter “it’s the small things that count”: On a number of occasions, the area of user input is not the whole render area – or in other words – the render area is larger than what is considered the view into the scene. This usually happens if some controls are drawn on top of the rendering area. Although the 3D scene can still be seen between the controls, when doing a “fit to view” the scene should not be positioned behind those controls as the user won’t be able to manipulate or properly see it there. What we need is an “overdraw area” where 3D content is rendered but no relevant parts are positioned there. In macOS, the typical use case is using an NSEffectsView. It needs content behind it to render its effect but the user cannot properly see what’s behind.

Let’s look at an example: In the following image, the user selected the hood and performed a “view all” operation. Note how the hood is centered in the render area. But since the control to the right is drawn on top of it, parts of the selection cannot be seen. 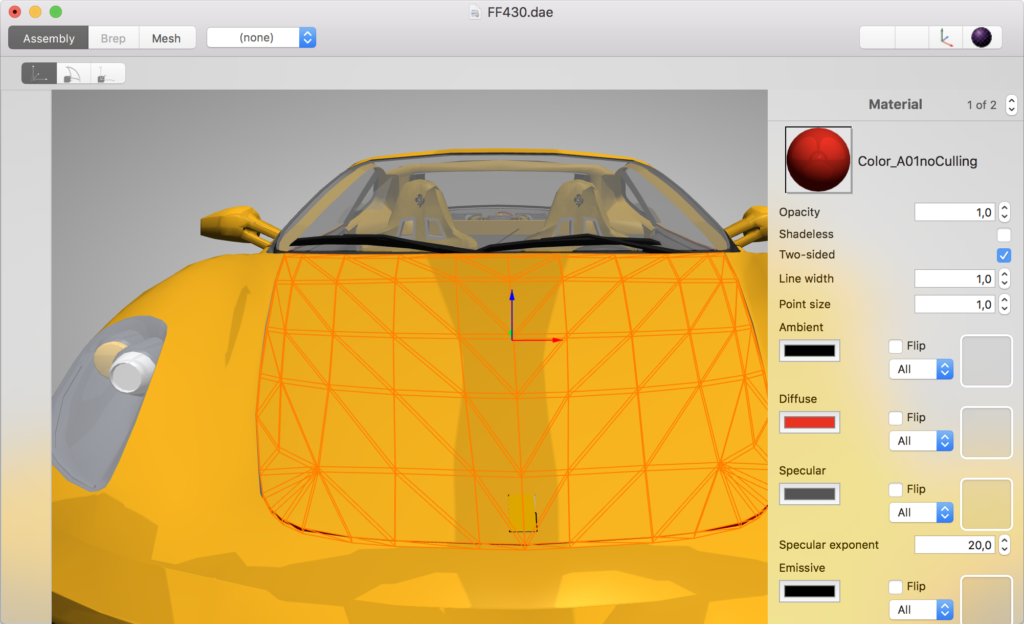 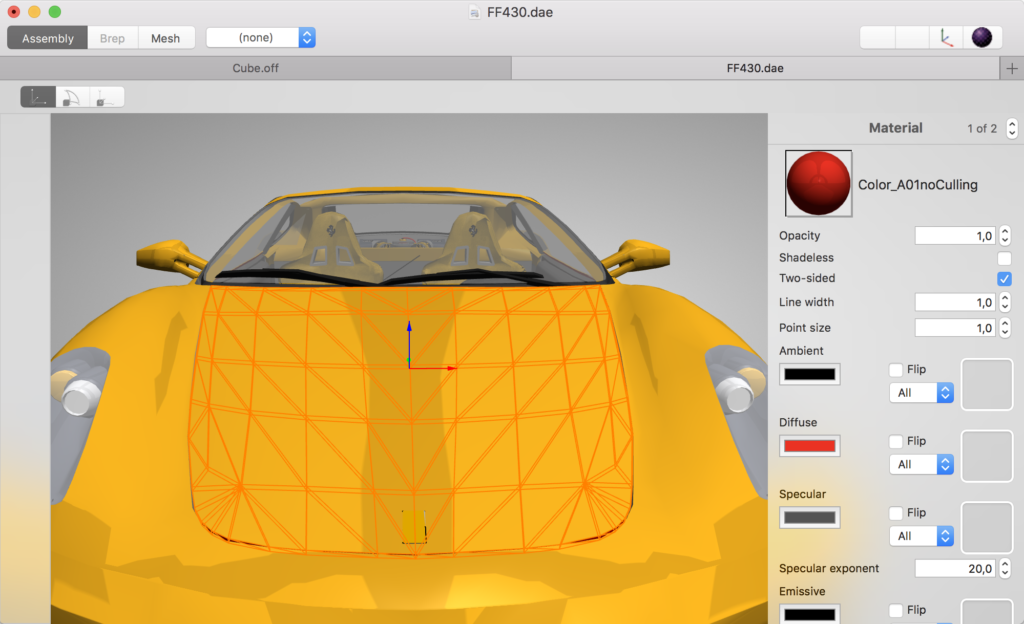 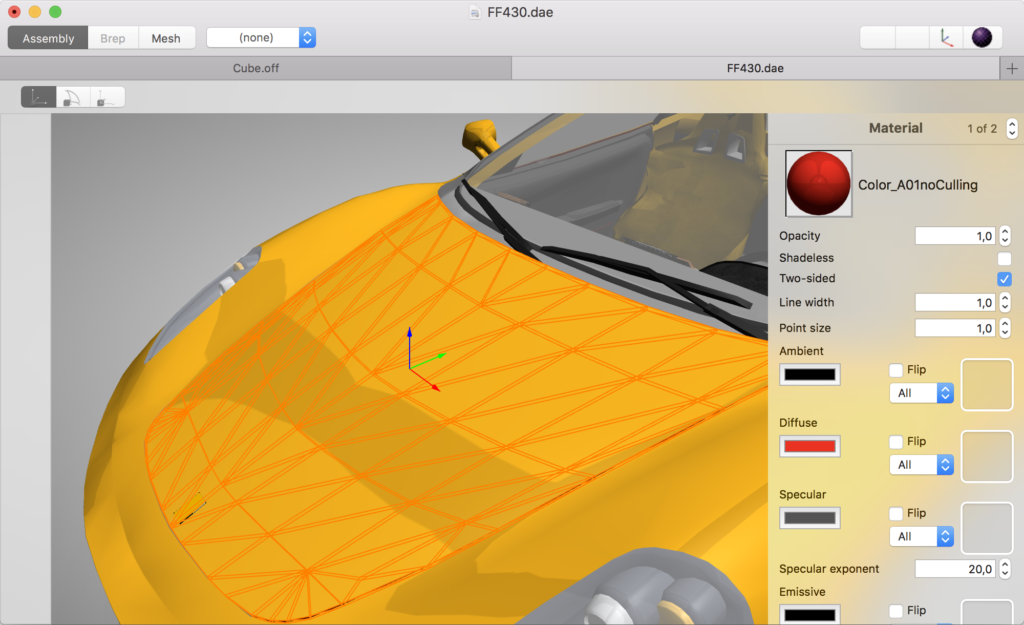 Things get tricky when using a pre-defined camera and not the user navigation camera. Such a camera has a fixed aspect ratio that needs to be fit into the interactive area. 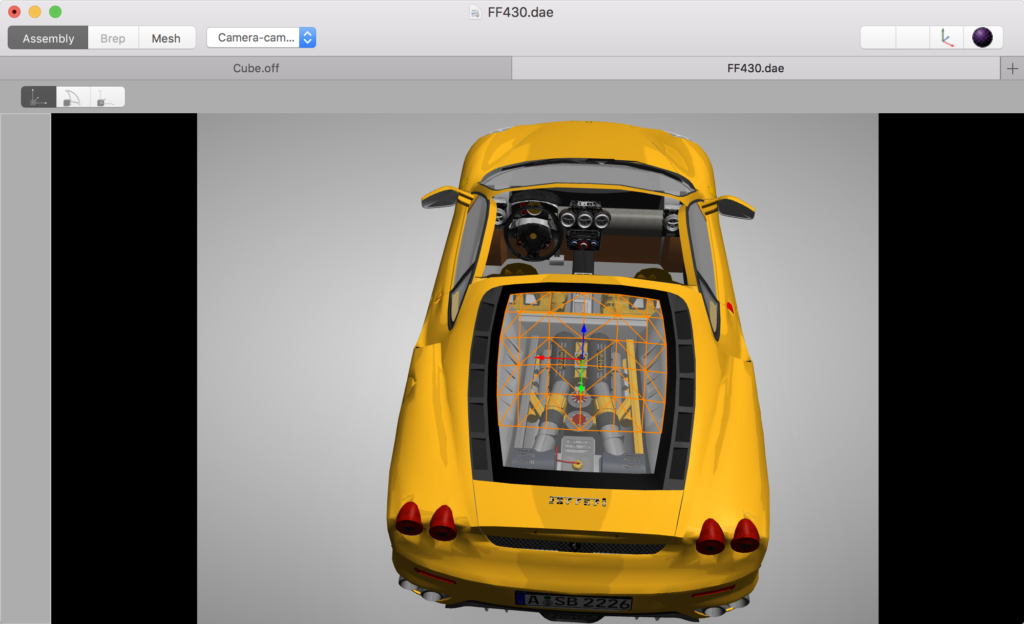 The corrected version should look like the image below. Although we want overdraw under the controls, this should not change the fact that we want to see all of the camera view within the interactive area. 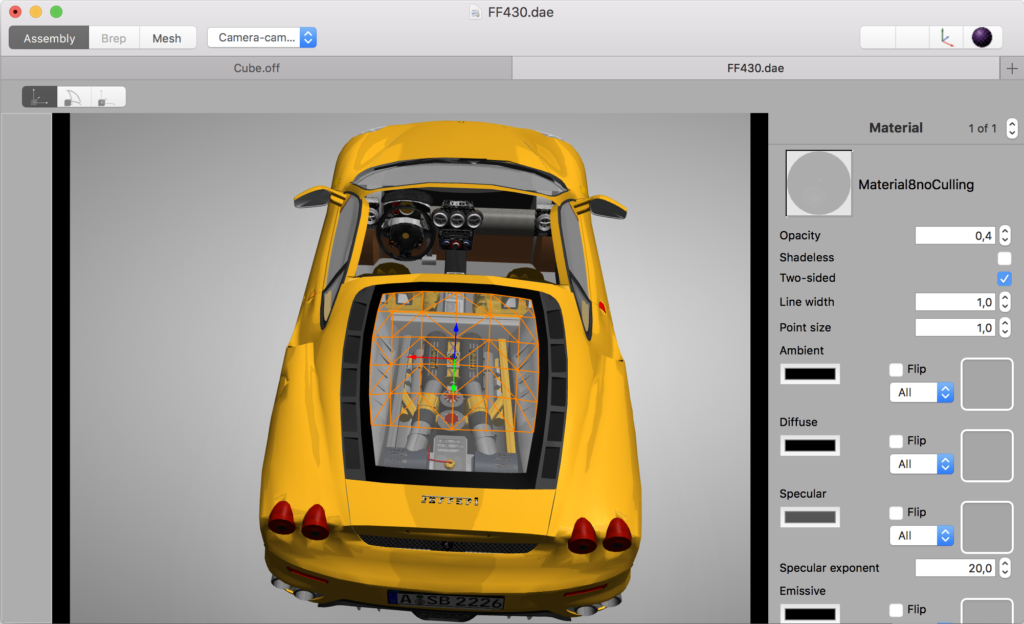 How is this done? First, let’s define three areas:

So instead of defining overdraw explicitly, we do it implicitly by specifying where the non-overdraw area is. Regardless of overdraw, the output rectangle stays the same. The focus rectangle is defined by the caller. In the examples above, an invisible NSView has been added between the controls and its frame value is bound to the focus rectangle. If the inspector on the right is collapsed, the NSView is resized by the macOS layouting system and the focus rectangle automatically updates.

The first thing to do is to apply a post-manipulation to the projection matrix. It must be scaled and translated such that the normal camera parameters (e.g. opening angle) apply to the area of the focus rectangle, not the output rectangle.

That’s it. Whenever user interaction is relevant, use the focus rectangle. When drawing the passe-partout, use the camera rectangle. By doing a post-manipulation of the projection matrix, all the normal camera parameters (e.g. aspect ratio, opening angle) still work as expected but the rendering area is extended. Took a bit of fiddling to get the math right but now it feels intuitive and “just right”. The user will probably never have a clue how much math is involved into producing what feels totally natural now!